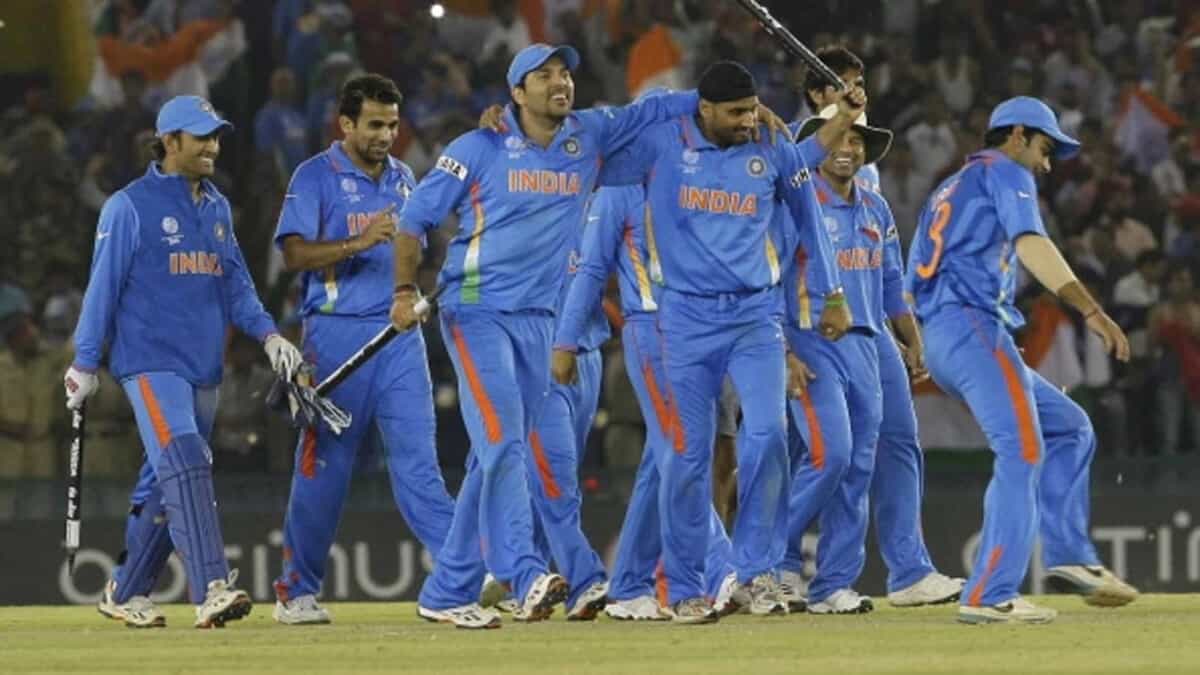 Former Indian spinner Harbhajan Singh went down memory lane as he recalled an incident in World Cup 2011 Semi-Finals against Pakistan. Indian Team defeated Pakistan in Mohali to get into the finals of the tournament after 2003.

When Indian Cricket won the World Cup of 2011, their journey under the captaincy of MS Dhoni was one worth making a movie about. India defeated Australia in Quater-final, then won a classic against Arch-rivals Pakistan in the semis finally ending the campaign with a victory over neighboring Sri Lanka in the finals to win the World Cup after a very long drought of 28 years.

It was a very special campaign as Sachin Tendulkar was playing his Sixth and Last one while Virat Kohli played his first one. In the semi-final against Pakistan, Sachin blasted an inning of 85 runs taking the Home side’s total to 260 runs.

Pakistan’s run chase was brisk when it started as they were 106 for 4 and then Misbah-ul-Haq and Umar Akmal started chipping away some runs and making the run counter tick slowly but steadily. Before the drinks break they put up 36 runs together and were looking dangerous.

“It was one of those games where I felt I was getting a bit numb. I had bowled five overs and conceded around 26-27 runs. It was a water break, and Dhoni told me, ‘Bhajju pa, aap vahan se daaloge’ (around the wicket). Kamran (Umar) was playing good, and so was Misbah. And they were scoring runs and the partnership was getting dangerous. So I came to bowl, and I remembered god. I just prayed for a win. And god did listen to me. On the very first ball, I got the wicket of Kamran (Umar) Akmal as I bowled around the wicket. He completely missed the ball.” said Harbhajan as he recalled the moment on Star Sports’ Dil se India.