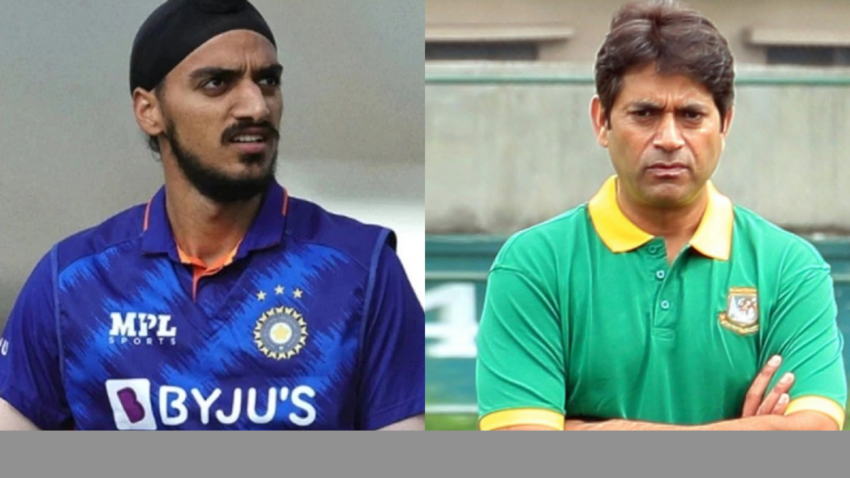 The World of cricket is quite ruthless and pacey, and in this fast-moving world, statements, opinions, and players change in a flash. Something similar happened with a young Indian seamer when a veteran of the sport and fast bowler himself said some harsh things about him.

Former Pakistan pacer Aqib Javed gave his remarks about Arshdeep Singh and many would think he was a bit harsh on the young gun from India.

The 22-year-old left-arm seamer has done pretty well in the recent past for the Indian outfit and it would not be wrong if we say many are looking at him as a member of the core Indian team for the next few or many years.

Aqib said otherwise when he said the bowler doesn’t have a trademark and no opposition would take him seriously. He termed him as a ‘basic bowler’ and is not impactful like Starc or any other leftie for that fact.

Arshdeep has been named in the Indian squad for T20 World Cup and he was also part of the Asia Cup squad where he had a bitter-sweet experience as the tournament concluded.

Javed said, “He’s a basic bowler. In T20s, you either need a bowler like Bhuvneshwar Kumar who can swing the ball, or you should have pace. Or, you should be tall enough and have good yorkers. You need to have a trademark.”

“Bowlers like Arshdeep are ‘just bowlers’. They don’t have a trademark and the opposition doesn’t even think about such bowlers,” he added on the show with Paktv.

In the Asia Cup also he was heavily criticized after a dropped catch of Asif Ali in a match that India ended up losing against Pakistan in the Super 4 stage of the tournament.

He was brutally trolled both online as well as offline as a video surfaced of him getting on the team bus and a man abusing him while he was doing that. An ACC official came to his aid and handled the situation to escort the person responsible out of the scene.

While the Indian team came to his support and backed the young Indian talent for bowling the way he does with experience the way of handling these situations will also be learned.