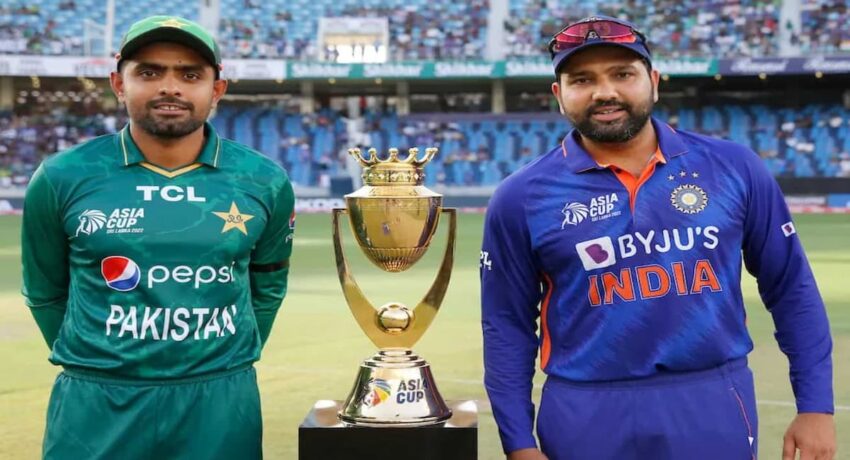 Mohammad Rizwan hit an attacking 71 to lead Pakistan to a famous win over India by 5 wickets. The match was drifting away from the clutches of Pakistan when Rizwan and Mohammad Nawaz put a stand of 73 runs with help from blasting 42 from 18 from Nawaz.

After losing both of them till the seventeenth over, Khushdil Shah and Asif Ali took the charge of the chase by chasing it all down in the penultimate ball of the inning with a boundary from Asif Ali. As it is said, all it takes to lose a match of cricket is to lose parts of it.

India lacked in fielding at a few points and so did the Pakistan team but the match is only won by one, and those mistakes proved to be costly for India. Apart from India and Pakistan, Afghanistan and Sri Lanka also qualified for the super 4. Sri Lanka defeated Afghanistan in the first super 4 matches and Pakistan won the second match of the stage against India.

Afghanistan and India played brilliantly in the group stages but both have lost their super 4 matches which makes it absolutely important for them to win the rest of the matches.

Ways India Can Qualify For The Asia Cup Finale

If India wins their remaining two matches against Afghanistan and Sri Lanka, they will be number two on the list as Afghanistan will be eliminated and can qualify for the finals if Pakistan defeats Sri Lanka. If Sri Lanka wins their match against Pakistan then India ( after winning the next two matches) and Sri Lanka will be in a tie for the second spot and then Net Run Rate will come into effect. India has an NRR of -0.126, Sri Lanka leads the points table with 2 points and has an NRR of +0.589, and Pakistan is ahead of India with 2 points and an NRR of +0.126.

Another unlikely outcome can be produced if Pakistan loses their remaining two matches or even one for that fact, making the whole situation a lot more tricky. It is, therefore, very safe to say that every match from now onwards is a do-or-die match for each of the four teams as the door to the final is still open for everyone.

The popular opinion of the fans and pundits of cricket around the globe wants to see another India vs Pakistan match in the final of the sub-continental tournament. After winning the super 4 matches against India, Pakistan wicketkeeper and man of the match of IND vs PAK super 4 encounters said many of his teammates are looking at the tournament as a best of three series against the arch-rivals.

He said, “Fans from both countries anticipate a third meeting in next week’s final. We have jokingly said among ourselves that it’s a best of three-match series (between India and Pakistan).”

Let’s hope to see India prevailing in the rest of the two matches with a good NRR and confirming a place in the fianls.