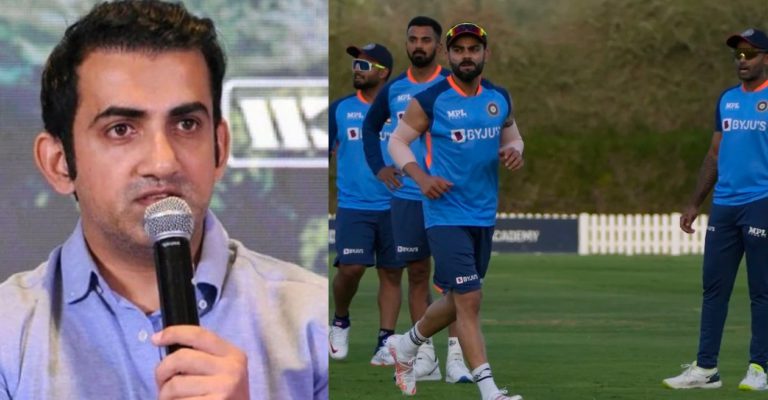 Gautam Gambhir boldly suggests something keeping the Sri Lankan batting lineup in mind. He said this Indian star should not be dropped from the Indian match against Sri Lanka. Said Yuzvendra Chahal can make space for an advantage India can gain against Sri Lanka.

With India against the Sri Lankan team in a do-or-die situation, Indian batting legend Gautam Gambhir makes a suggestion during a chat before the toss of the match. While everyone was making their opinions on the situation of the game, Wasim Akram and Gautam Gambhir had a chat about the strategy that can give India an advantage.

With the Sri Lankan batting lineup consisting of many left-handers, both the veteran of the game wanted Ravichandran Ashwin to have a place in the Indian playing eleven. Gautam wanted Ravi Bishnoi, the young leggie to stay in the squad but that make a situation where only one player can play in the game.

Bishnoi came into the squad for Avesh Khan for the Pakistan game but does not want him to get dropped after the pacer gets fit. He suggested that Chahal can be dropped from the squad to make way for both Ashwin and Ravi Bishnoi.

He said, “Avesh (Khan) for (Yuzvendra) Chahal. Definitely continue with Ravi Bishnoi, he has done everything in this game. Chahal hasn’t bowled that well in this competition so probably it is time to give Bishnoi a longer run.”

However, Bishnoi was dropped from the squad to bring Ravichandran Ashwin and Yuzvendra Chahal lives another day. He is an experienced leg spinner and by all accounts can deliver in the big matches, he along with Ashwin has dominated the sport of T20I cricket for a fare amount of time.