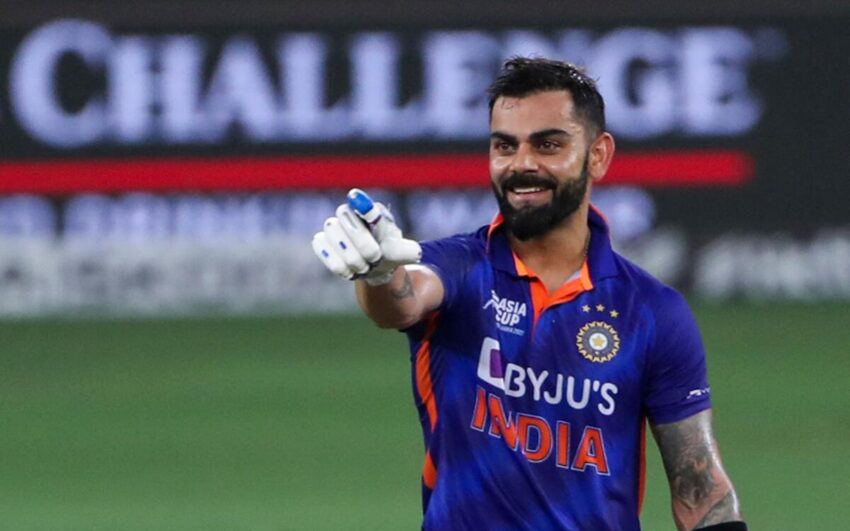 In the match, Kohli became the man with 71 International hundreds and Bhuvneshwar Kumar became the man with the most T20I wickets for India. India posted a target of 213 and won the match by 101 runs. Afghanistan looked like a tired side that was just not ready for the impounding India made them undergo hardly 24 hours after the heartbreaking loss against Pakistan.

Afghanistan won the toss at the Dubai International Stadium and invited India to bat first. Rohit Sharma was not playing the match, making a spot for Dinesh Karthik in India’s final match of the Asia Cup 2022. Virat Kohl and KL Rahul opened the inning with a partnership of 112 runs in which KL scored 62 and lost his wicket to Fareed Ahmed. Suryakumar Yadav had a misfortune when he fell on the second ball of his inning after hitting six in the first ball. Rishabh Pant stood there alongside Virat Kohli who batted till the last of the Indian inning.

Virat scored 122 runs off 61 balls in an inning that will be remembered for ages. The inning that everyone is hoping to mark the return of the King, was made to happen with a dropped catch, a thing that happened a lot during the Indian batting inning.

Afghanistan when came to chase the humongous target where me by the might of Bhuvneshwar Kumar who took third best spell by any Indian bowler in the T20Is. The Afghan inning started like a disaster with them losing 4 wickets till the end of the third over. Bhuvneshwar ended his spell in the 7th over with 5 wickets giving just four singles in the whole spell. Ibrahim Zadran was the lone wolf walking in the Indian park with his 64 not out.

Without a doubt, Virat Kohli was the player of the match and was extremely happy when he lifted his helmet and raised his bat to announce his return to the 100 Club. A club he made he owned till 2019. Virat’s hundred after 1000+ days was something that was anticipated but was unexpected to come in a T20I match.

In the post-match presentation, he said,  “Firstly I am grateful for how the day went today. Time away from the game gave me a good chance to sit back and observe a lot of things about me. I mentioned one special person – Anushka – who stood by me through these tough times and I mentioned her as she has seen the absolute raw side of me throughout all these months. She was the one putting things in perspective for me, kept giving me the right kind of guidance, vision moving forward and I came back into the system as a relaxed person. It was just about enjoying the game.”

Bhuvneshwar when talking after the match revealed his feelings and thoughts over the match, “It was my day as I was getting the wickets (in the powerplay). If you look at the white ball it doesn’t swing much, but it did swing a lot today. I think wherever I was bowling, I was getting wickets. If you look at those two matches – one against Pakistan and the other one against Sri Lanka, there wasn’t much swing. It’s quite unpredictable with the white ball. Chahar is coming off an injury, but he can also swing the ball both ways, he will need some time. It has been a good tournament, it’s good for us leading into the World Cup.”