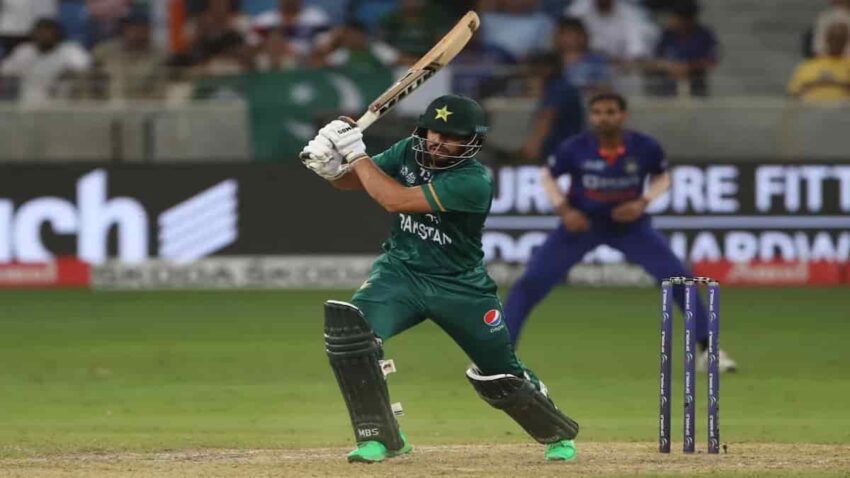 Pakistan beat India by 5 wickets in match 1, super 4 of Asia Cup 2022 played at Dubai international cricket stadium, Dubai. Mohammad Rizwan and Mohammad Nawaz were the heroes for Pakistan as both the players played explosive knocks to help their side win.

Earlier, Pakistan won the toss and opted to bat first. Batting first, the Indian team started on an explosive note as their openers Rohit Sharma and KL Rahul put on 54 runs for the opening wicket in just 5.1 overs.

Rohit Sharma got out on a slower one from Haris Rauf after playing a crucial inning of 28 runs off just 16 balls with the help of 3 fours and 2 sixes. Kl Rahul also couldn’t hold for long as he also out playing a lofted shot on the bowling of Shadab Khan after scoring good 28 runs.

Indian team struggled more when Pakistan got a massive breakthrough of Hardik Pandya as the Indian team was in a spot of bother at 131 for 5 in 14.4 overs. In the end, Virat Kohli along with Deepak Hooda finished well for India as they ended their innings with a competitive total of 181 runs on the board. Virat Kohli played a brilliant knock of 60 runs of just 44 balls.

Chasing a big target of 182 runs, the Pakistan team had a poor start as they lost their opener, Babar Azam, early with just 22 runs on the scoreboard in 3.4 overs. Mohammad Rizwan then started playing his shots and kept playing at a brisk rate. He got good support from Fakhar Zaman as the duo added 41 runs for the second wicket in 30 balls.

Yuzvendra Chahal then dismissed Fakhar Zaman and Pakistan looked in a spot of bother at 63 for 2 in 8.4 overs. Mohammad Nawaz came to the crease as he was promoted up the order in the all-important chase. Nawaz started playing big shots straightaway and lit up the whole Dubai stadium. Rizwan also didn’t lag behind as he also kept playing aggressive cricket.

Both the players kept scoring runs at a pacy rate as the Indian team was left in a spot of bother at that stage. Rizwan and Nawaz added a crucial 73 runs off just 41 deliveries. Bhuvneshwar Kumar then got the crucial scalp of Mohammad Nawaz as the Pakistan team looked in some concern at 136 for 3 in 15.3 overs. Nawaz got out after playing a fiery knock of 42 runs off just 20 balls.

Pakistan team received another major blow then as Mohammad Rizwan couldn’t hold for long as he got on the bowling of Hardik Pandya after playing an impressive inning of 71 runs off 51 balls. The match went to the last over with Arshdeep Singh bowling as Pakistan required 7 runs with Khushdil Shah and Asif Ali at the crease. In the end, Pakistan won the match by 5 wickets with Iftikar Ahmed hitting the winning runs.